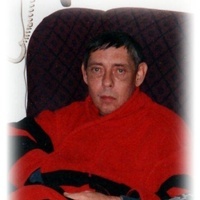 Mr. Woody Taylor Jordan, age 69 of Camden, TN passed away on Saturday, March 16, 2019 at Jackson General Hospital. Mr. Jordan was born on December 13, 1949 in Champaign, IL to the late Woodward Jordan and Nanatte Lee Jordan. He was also preceded in death by his step son Peter Halan. Mr. Jordan was a retired Attorney with the State of Illinois.

Funeral services will be held on Saturday, March 23, 2019 at 1 PM at the Oakdale Funeral Home Chapel with Bro. John Benefield officiating. Burial will follow in the Flatwoods Cemetery.

To order memorial trees or send flowers to the family in memory of Woody Jordan, please visit our flower store.