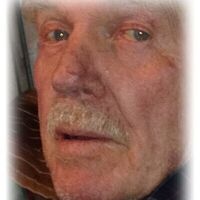 Willis Wayne Parker age 86 was born in Middlesboro, Kentucky on August 19th, 1934. Willis passed away peacefully at home surrounded by his family on March 30th 2021 in Eva, TN.

Willis lived a full happy life. His life was a journey of 86 wonderful years from Middlesboro, Kentucky to Eva, Tennessee. Willis was a simple man of honor and integrity who proudly served his country and his family. He enlisted in the Army at age 17. Afterwards he met Joyce Caroline Mermel. They were married on September 8th, 1957 in Chicago Illinois. Willis then became a beloved father on July 27,1960 when he welcomed his first born son Wayne Joseph Parker. Willis and Joyce Parker had three more sons John Peter Parker, Donald Andrew Parker and Michael Patrick Parker.

A simple man of humble beginnings who enjoyed sports and fishing Willis will be remembered as an Army veteran, husband, father and grandfather who coached his sons baseball teams and owned the local bait and tackle shop where many friends gathered and old war stories were told while families were raised and memories made at Beaver Dam Resort.

Willis is survived by his devoted wife of 63 years Joyce Caroline Parker, his three sons Wayne Joseph Parker, John Peter Parker and Donald Andrew Parker along with his 10 grandchildren and 6 great grandchildren.

A private family ceremony will be held where his final wishes will be observed. In lieu of flowers the family asks that you make a donation in Willis’ name to the VFW or a local animal rescue.

To order memorial trees or send flowers to the family in memory of Willis Wayne Parker, please visit our flower store.