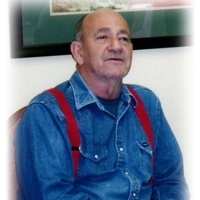 Mr. Willie Ray Hicks, age 79 of Big Sandy, TN passed away on Saturday, December 29, 2018 at Henry County Medical Center. Mr. Hicks was born on August 22, 1939 in Benton County to the late Theron Hicks and Alta Cole Hicks. He was also preceded in death by a brother, Theron Hicks, Jr., a sister, Girthul Rainwaters and a grandchild, Meagan Hicks.  Mr. Hicks was a retired Lab Tech with Camden Casting company, a member of the Big Sandy Masonic Lodge #754 since 1971 and Methodist in faith.

Masonic Services will be held on Monday, December 31, 2018 at 12 Noon with Funeral Services to follow at the Oakdale Funeral Home Chapel.

To order memorial trees or send flowers to the family in memory of Willie Ray Hicks, please visit our flower store.