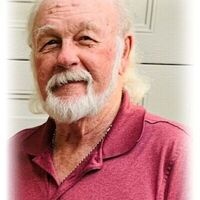 Mr. William Elmer Henson, age 79 of Camden, TN passed away on Friday, August 14, 2020 at his residence.  Mr. Henson was born on February 15, 1941 in Camden, TN to the late William Odie Henson and Sally Williams Henson.  He was also preceded in death by brother, Richard Henson.  Mr. Henson was retired unit operator with TVA.  He was a U.S. Navy Veteran, an avid hunter, fisherman, and lifetime member of the GWRRA.

Funeral Services will be held on Wednesday, August 19, 2020 at 11 AM at Oakdale Funeral Home with Bro. Justin Ramer officiating. Private graveside service will follow in the Eastview Cemetery.

To order memorial trees or send flowers to the family in memory of William Elmer Henson, please visit our flower store.