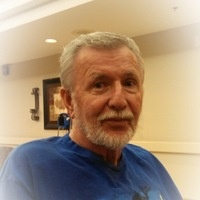 Mr. William Oscar Baker, age 73 of Holladay, TN passed away on Sunday, March 28, 2021 at Baptist Hospital in Huntingdon, TN. Mr. Baker was born on July 23, 1947 in Decatur County, TN to the late Bonnie W. Baker and Bertha Rae Quinn Baker. He was also preceded in death by his wife Ruthie Baker; brother Ricky Baker and sister Betty Ellis. Mr. Baker was a retired Engineer with KWT Railroad. He had 30 years service in the railroad industry and was a charter member of the Holladay Polo Club, Legend Cruisers and a member of Holladay United Methodist Church.

Funeral Services will be held on Tuesday, March 30, 2021 at 1 pm at Holladay United Methodist Church with Bro. Marty Arnold officiating. Burial will follow in the Flowers Cemetery in Holladay.

To order memorial trees or send flowers to the family in memory of William Oscar Baker, please visit our flower store.