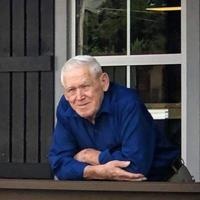 He was born February 12, 1937 in Missouri to the late William Archie Newton and Edith Furlong Newton. Bro. Newton was the associate pastor at Mt. Carmel Pentecostal Church. He loved preaching the gospel, playing his guitar and singing. Bro. Newton retired from P&M Coal Mine and later from Vulcan Materials.

In addition to his parents, he was preceded in death by his first wife and mother of his children, Magdalene Phillips Newton and second wife Mary Sue Rosson Newton; one sister, June Kennedy; one brother, Arbie Newton.

Oakdale-Decatur County is in charge of these arrangements.

To order memorial trees or send flowers to the family in memory of Willard Shirley Newton, please visit our flower store.

The Pentecostal Church of Darden

The Pentecostal Church of Darden