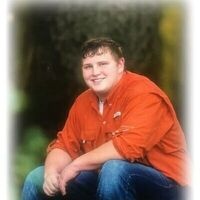 William “Will” Paul Davis, age 22 of Holladay, TN passed away on Monday, September 14, 2020. Will was born on November 14, 1997 in Jackson, TN. He was a construction worker with Josh Needham Construction and a member of Holladay church of Christ.

Funeral Services will be held on Thursday, September 17, 2020 at 2 pm at   Oakdale Funeral Home with Bro. Marty Arnold, Josh Henley, and Stan Brantley officiating. Burial will follow in the Holladay Cemetery in Holladay, TN.

If you would like to share a story of Will, there will be index cards provided for your fond memories. If you have a picture to share, you can place it in the basket with the memory card.

In lieu of flowers please make donations to the Education Fund for Anslee at TVA Credit Union.

To order memorial trees or send flowers to the family in memory of Will Paul Davis, please visit our flower store.