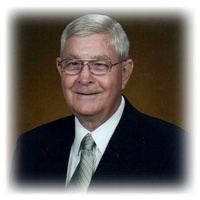 Mr. Walter Ray Madden, Jr., age 80 of Camden, TN passed away on Thursday, February 14, 2019 at his residence, which he built with the help of his family in 1959.   Mr. Madden was born on May 25, 1938 in Camden, TN. to the late Walter Ray Madden, Sr. and Earline Cheatham Madden. He was also preceded in death by sisters, Mary Ellen Schlegel, Modena Ann Madden; and a brother, Johnny Caldwell Madden.  He was Inspector of Roads with the State of Tennessee for 9 years and worked when Interstate 40 began. Mr. Madden was retired from Consolidated Aluminum after 22 years.  After his retirement he was a devoted volunteer for the Meals on Wheels program in West, TN for 17 years.  Mr. Madden was a lifelong Methodist by faith. He was born and passed at his family home place, which was established in the 1800’s.

Funeral Services will be held on Monday, February 18, 2019 at 2 pm at the Oakdale Funeral Home Chapel with Justin Ramer and Dr. Bruce Davis officiating.  Burial will follow in the Liberty Cemetery.

To order memorial trees or send flowers to the family in memory of "Walt" Walter Ray Madden, Jr., please visit our flower store.