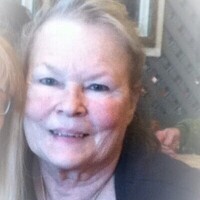 Mrs. Virginia “Minky” Gibson, 74, of Camden, TN passed away on Monday, July 26, 2021 at Huntingdon Healthcare & Rehabilitation. Mrs. Gibson was born on September 7, 1946 in Berwyn, IL to the late D.C. Kelly and Virginia Conley Kelly. She was a homemaker and member of First United Methodist Church.

To order memorial trees or send flowers to the family in memory of Virginia "Minky" Carol Gibson, please visit our flower store.