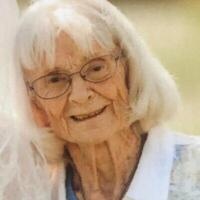 Virginia M. (Stewart) Davis, 96, of Panama City Beach, Florida, went to be with her Lord and Savior on April 2, 2022. She was born April 24, 1925 to Charley and Nola (Moore) Stewart in Camden, TN. She married Lloyd G. Davis on February 14, 1943. Later on, they moved to Michigan while Lloyd was still in the Army and Virginia went to work at the factory in Lansing, Michigan, where she helped make parts for the war. After the war she went to Cosmetology School and became a licensed beautician. For a few years she worked in various salons, and then decided to open up her own salon in her home. After retiring and closing her salon, she worked with her sister Mavis (Stewart) Terry in the catering business. She was dedicated to her family, and she enjoyed traveling, cooking, sewing, and reading. She spent many wonderful years with family and friends at their summer home on Gun Lake in Michigan. She was preceded in death by her husband of 56 years, Lloyd G. Davis; parents, Charley and Nola Stewart; brothers, Hershel Stewart and Charles Stewart, Jr.; sister, Mavis Terry; and grandson Matthew Bawcum.

Niece: Linda (Jim) Auvenshine (who was like a daughter to her) of Charlotte, Michigan

To order memorial trees or send flowers to the family in memory of Virginia M. Davis, please visit our flower store.