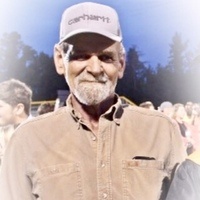 Mr. Thomas “Tommy” Wayne Warren, age 68 of Big Sandy, TN passed away on Thursday, June 10, 2021 at his residence. Mr. Warren was born on July 8, 1952 in Dyer, TN to the late Charles “Bud” Warren and Rebecca Wright Warren. He was also preceded in death by a son, Jason Sharpe and brother, Charles Warren. Tommy was a retired mechanic and retired owner of “The Smokehouse” in Camden, TN.

Funeral Services will be held on Monday, June 14, 2021 at 11 am at the Oakdale Funeral Home Chapel with Bro. David Sauer officiating. Burial will follow in the Baker’s Chapel Cemetery.

To order memorial trees or send flowers to the family in memory of Tommy Wayne Warren, please visit our flower store.