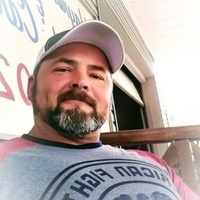 Timothy Lane Scarbrough, Jr., 47, of Henderson, TN, passed away on Thursday, November 4, 2021 at Jackson General Hospital. Tim was born on October 4, 1974 in Humboldt, TN. He was a restaurant manager with Exit 87 BBQ.

Preceded in death by his father, Timothy Lane Scarbrough Sr.

Funeral Services will be held on Monday, November 8, 2021 at 1 pm at Oakdale Funeral Home with Bro. Ronnie Coleman officiating. Burial will follow in the Prospect Cemetery.

To order memorial trees or send flowers to the family in memory of Tim Scarbrough Jr., please visit our flower store.