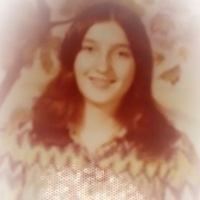 Theresa Kay Baker, age 58 of Parsons, TN passed away Thursday, May 6, 2021 at her residence. She was born October 14, 1962 in Elgin, IL to the late Thomas Ray Cooper and Jimmie Lee Hays. She was also preceded in death a son, Jonathan Bruce, daughter, Amanda Bruce, one brother, Edward Cooper.  Ms. Baker worked at North 40 Restaurant as a cook for several years.

To order memorial trees or send flowers to the family in memory of Theresa Kay Baker, please visit our flower store.