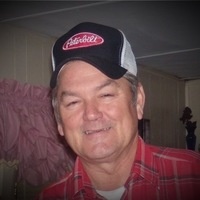 Mr. Stevie "Sledgehammer" Turpin, age 66 of Scotts Hill, TN passed away on Wednesday, November 27, 2019. Mr. Turpin was born on August 15, 1953 in Decatur County to the late James Turpin and Thelma Mae Moore Turpin. He was also preceded in death by a brother Larry Turpin. Mr. Turpin was a truck driver for 50 years. He was employed with Rogers Group Inc. and was a lifetime member of the Decaturville Pentecostal Church.

Funeral Services will be held on Saturday, November 30, 2019 at 11 AM at the Decaturville Pentecostal Church with Bro. Welvon Mayo officiating. Burial will follow in the Chapel Hill Cemetery.

To order memorial trees or send flowers to the family in memory of Stevie Turpin, please visit our flower store.