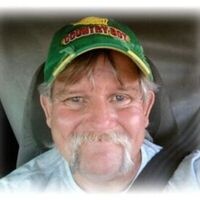 Samuel Karley Barrett Sr, 67 of Camden, TN. took the exit from the highway of life on Monday March 22, 2021 at Saint Thomas West in Nashville, TN. He was born June the 3, 1953 to Charlie Enoch Barrett and Ruby Pearl Stevenson in El Paso, TX. Sam served as a truck driver for 30 years. He loved his family more than anything and his favorite thing to do was work on his land and sit on the porch smoking his pipe and drinking coffee, front porch sittin' as he called it.

Sam was preceded in death by his mother Ruby, his father Chuck, his brother Matthew and his dog Suzie. Sam is survived by his wife Maryann Barrett of Camden, TN, his son's Jonathan Paul Barrett of El Paso, TX, and Samuel Karley Barrett Jr. and his wife Alyssa Anne Barrett of Appleton, WI, two daughters, Racheal Shera LaPoint, and her husband Douglas Frederick Renee Zoe Bradbury, and her husband Trenton Oliver, of Hernando Beach, FL. His brothers Jimmie and his wife Rhonda of Anthony, TX and Dean Charles and his wife Jessica of Moore OK and sister Jennifer Lynn and 4 grandchildren.

No services are planned at this time. Arrangements were made by Oakdale Funeral Home.

To order memorial trees or send flowers to the family in memory of Samuel Karley Barrett Sr., please visit our flower store.