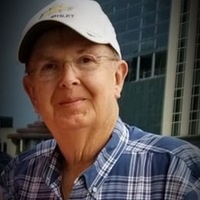 Mr. Sammy Webb age 72, passed away on Sunday, September 8, 2019. Mr. Webb was born on August 7, 1947 in Camden, TN to the late Leonard Webb and Queen Hoyt Webb. He was also preceded in death by his wife Joyce Marie Webb. Mr. Webb was retired from E. I. DuPont after 38 years and a member of Faith Driven Ministries.

Funeral services will be held on Tuesday, September 10, 2019 at 2 pm at Oakdale Funeral Home with Bro. Gary Greer and Bro. Mark Smothers officiating. Burial will follow in the Camden City Cemetery.

In lieu of flowers please make donations to the Second Harvest Food Bank.

To order memorial trees or send flowers to the family in memory of Sammy Webb, please visit our flower store.