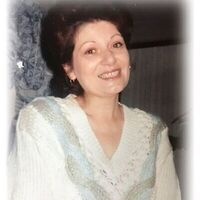 Ms. Ruth Ann Rock, age 66 of Camden, TN passed away on Monday, August 10, 2020 at Forest Cove Nursing Home in Jackson, TN. Ms. Rock was born on November 14, 1953 in Detroit, MI to the late Hillary Robbins and Hazel Wheatley Robbins. She was also preceded in death by a brother Dave Robbins. Ms. Rock was a homemaker.

To order memorial trees or send flowers to the family in memory of Ruth Ann Rock, please visit our flower store.