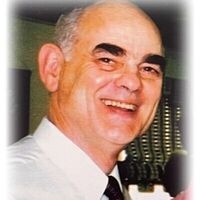 Robert Irl  Bourne, Jr, 88, of Camden, Tennessee passed away at home on February 7, 2021. He was born on August 28, 1932 to Lorena Tuthill Bourne and Robert Irl Bourne.  He was preceded in death by his parents, his oldest sister, Barbara Bourne Davis, his oldest son, Robert Irl Bourne, III, and grandson, Jonathan Michael Bourne. His beloved wife of 61 years, Anne Riley Bourne, died September 25, 2016. He missed her every day and is joyfully reunited with her in their eternal home.

Bob was born in Nashville, Tennessee and moved to Mt. Pleasant, Tennessee in 1937.  He was well liked in school with the same kindness and sense of humor which carried him through life. He was voted class president three times, Tennessee State President of Beta Club, was active in Boy Scouts, achieving the rank of Eagle Scout.  He graduated from Hay Long High School, receiving a scholarship to Southwestern at Memphis (now Rhodes College) where he met Anne. He graduated from UT Medical School at age 23 on December 19 and married Anne on December 23, 1955.  They left for Oklahoma and his internship at Hillcrest Medical Center in Tulsa where their oldest son was born.  He joined the United States Air Force and grew to love flying. He served 2 years at Warner Robbins, Georgia before moving to Camden. He joined W. H .Blackburn, MD and J.S Butterworth, MD to practice medicine back in his home state of Tennessee. Later, John H. Overall joined the partnership. Bob served several terms as Chief of Staff of the local hospital and was on the Benton County Board of Health for more than 30 years. He enjoyed practicing medicine for 58 years and missed his patients after retiring at age 81. He enjoyed the art of healing and cared deeply about the people who came to see him

He was involved in PTA, was a member of the Coast Guard Auxiliary, and was a certified Scuba diver. He enjoyed several Scuba adventures with his youngest son, John, while Anne enjoyed glass bottomed boats and breathing above water.

Bob was a Republican, a Life member of the NRA, and a strong supporter of the American Cancer Society, being devoted to Benton County Relay for Life for many years.  He served as an elder for a time in the Cumberland Presbyterian church.

Being an Eagle Scout, Bob worked with Camden Troop 72, hiked Philmont with his oldest son and several troop members, and was Camp Doctor for Camp Mack Morris. In 1977, he received the Silver Beaver for distinguished service to Boy Scouts.

In lieu of flowers, please send memorials to the American Cancer Society or the charity of your choice. Private graveside services will be held with the family.

To order memorial trees or send flowers to the family in memory of Robert Irl Bourne Jr., please visit our flower store.