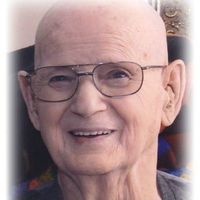 Retired engineer Richard E. “Dick” Tanner, 90, died Sunday, Sept. 22, 2019, at his home in Camden. He was surrounded by his family.The body is to be cremated. No services are planned and no visitation is scheduled. Arrangements are being handled by Oakdale Funeral Home in Camden.Tanner was born on Nov. 26, 1928 in Elizabeth, Pa., to the late Berton C. and Hazel Caroline Isner Tanner.

He was preceded in death by two brothers: Berton C. Tanner II and Earl Howard Tanner. On Nov. 27, 1947, he married Dorothy Zang Tanner, who survives.He is also survived by two daughters: Caroline (Pam Zumwalt) Tanner of Berkeley, Calif., and Catherine (Larry) Shannon of Goldvein, Va.; a son: Glenn (Yvonne) Tanner of Camden; seven grandchildren: Ana (Samir) Patel, Joshua (Melissa), Avram (Thora), Samuel (Aleatha) and Luke Shannon, Sariah (David) Florio and Amy Tanner; and 13 great-grandchildren. He shared with his children and grandchildren a strong work ethic and a deep respect for education. He mentored, taught and encouraged all of his family in achieving their dreams and goals. A U.S. Navy veteran, Tanner served during World War II aboard the destroyers USS Grayson and USS Gyatt.

He attended the University of Pittsburgh and worked as a patternmaker, foundryman and quality control manager at foundries including Dayton-Walther at Union City, Camden Castings Center in Camden, as well as shops in Greensburg, Pa. and Portsmouth, Ohio. He retired as an engineer from Honda of America in 2000, where he supervised the pattern shop and iron foundry at the engine plant in Anna, Ohio. While in Pennsylvania, he was a former competitive archer and semi-professional football player.

He loved mountains and wilderness, and spent many happy hours camping, hunting and fishing.He was a highly skilled woodworker and craftsman who built beautiful houses, furniture and other items for his family. He also enjoyed buying presents for his family, and bargain hunting at the flea market in Crump.

Memorial contributions may be sent to the hospice organization of your choice, The Wounded Warrior Project or The Nature Conservancy.

To order memorial trees or send flowers to the family in memory of Richard E. "Dick" Tanner, please visit our flower store.