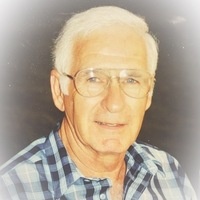 Following high school, Ray enlisted in the U.S. Navy, serving honorably from December 1954 to October 1958.  After the Navy, Ray returned to Camden and began a 43-year career as an over-the-road truck driver.  Initially, an independent trucker, Ray hired on with Roadway Express out of Nashville, TN in 1973.  Ray lived in Cedar Hill, TN until his retirement from Roadway in 1998.  Ray moved back to Camden with his wife, Wanda, in 1998.  In retirement, Ray and Wanda made numerous trips to various destinations within the United States.  He enjoyed gospel and country music as well as attending several NASCAR races.

In addition to his parents, he was preceded in death by his wife of 48 years, Wanda, brother Glen (Noreen) Wilson and sister Joy (Clyde) Lumpkin.

He is also survived by brother, Haynes (Edna) Wilson of Gallatin, TN and by a very-special niece Syratha Smith of Camden., TN.

Graveside services will be held on Sunday, January 23, 2022 at 1 pm at Camden City Cemetery with Bro. Steve Whitworth officiating.

To order memorial trees or send flowers to the family in memory of Ray W. Wilson, please visit our flower store.