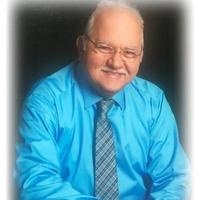 Mr. Randall Wayne Clark, age 69 of Camden, TN passed away on Thursday, March 5, 2020 at Vanderbilt Medical Center. Mr. Clark was born on December 29, 1950 in Cleveland, OH to the late Bill Clark and Irene Beddow Marinak. Mr. Clark was employed at TVA for 32 years and retired as Plant Manager in 2004. He was TVA Retirement President for 14 years, a member of First Baptist Church in Camden, TN., where he served on numerous committees, taught Sunday school and sang in the choir as well as the Rogaine Boys Quartet. Mr. Clark served on mission trips to Belize and Hurricane Katrina in Louisiana. He was an ordained Deacon, Chairman of the Board of FYI, served as chairman for TVA Combined Federal Campaign for United Way. Mr. Clark was active on Chemours CAP board, County Commissioners and active City Alderman for Camden. He attended U of K and Owens Business College at Vanderbilt as well as bible college. He was also a U.S. Army Veteran. His favorite scripture was “Always be willing to give an account” I Peter 3:15

Funeral Services will be held on Saturday, March 7, 2020 at 1 PM at the First Baptist Church in Camden, TN with Bro. David Boyd officiating. Burial will follow in the Camden City Cemetery.

To order memorial trees or send flowers to the family in memory of Randall Wayne Clark, please visit our flower store.