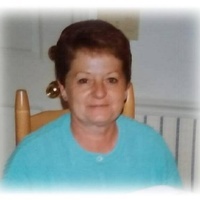 Mrs. Peggy June Johnson, age 76 of Paris, TN passed away on Monday, November 19, 2018 at her residence. Mrs. Johnson was born on May 17, 1942 in Holladay, TN to the late Issac Allen and Leahvester Cole Allen. She was also preceded in death by brothers: Lonnie Allen, Wayne Allen and sisters, Ruby Galbreath, Avery Littleton, Reba Stokes and Infant sister.  Mrs. Johsnon was a retired home health aide.

Memorial services will be held on Monday, November 26, 2018 at 5 pm at the Oakdale Funeral Home Chapel.

To order memorial trees or send flowers to the family in memory of Peggy June Johnson, please visit our flower store.