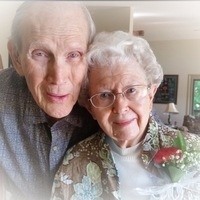 Mrs. Dorothy Paula Conder, 94, of Paris, TN formerly of Camden passed away on Sunday, February 20, 2022 at her residence. Mrs. Conder was born on March 2, 1927 in Decatur County, TN to the late Paul Simmons and Mamie Fisher Simmons. She was also preceded in death by her husband John Robert Conder. Mr. John Robert Conder was born on August 14, 1930 in Parsons, TN to the late Al and Lelia Conder. Mr. Conder was retired from the TWRA and Mrs. Conder retired from the Benton County Board of Education. Both were members of the First United Methodist Church in Camden.

John, a jack of all trades, was known for helping out in the community, sharing his homemade wine, and his unruly sense of humor. Paula was known for her kindness, humility, and quiet strength. She enjoyed volunteering at the Methodist Church thrift store and sharing comfort and love through her amazing cooking.

Visitation with the Conder family will be on Saturday, February 26, 2022 from 1:00-2:00 pm at the First United Methodist Church.

A memorial service will be held on Saturday, February 26, 2022 at 2 pm at the First United Methodist Church in Camden, TN. with Justin Ramer officiating.

To order memorial trees or send flowers to the family in memory of Paula & John Conder, please visit our flower store.