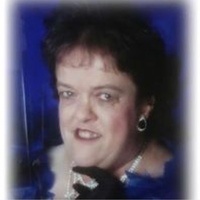 Mrs. Pattie Elishia Higdon, age 70 of Camden, TN. passed away on September 5, 2019 at Jackson Madison County General Hospital in Jackson, TN. Mrs. Higdon was born on March 17, 1949 in Nashville, TN. to the late Bulon Wimberly and Velma Reed Wimberly. She was preceded in death by her husband Larry Higdon. Mrs. Higdon was a retired secretery for Dr. J.S. Butterworth Clinic and a member of Hollow Rock Primitive Baptist Church.

To order memorial trees or send flowers to the family in memory of Pattie Elishia Higdon, please visit our flower store.