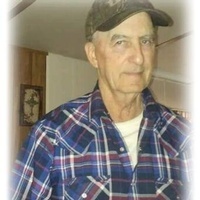 Mr. William Norman Anderson, age 74 of Holladay, TN passed away on Monday, April 1, 2019 at Jackson General Hospital.  Mr. Anderson was born on January 30, 1945 in Benton County to the late Grady Anderson and Lida Bell Anderson. He was also preceded in death by daughters, Crystal Oatsvall, Donna Anderson and a sister Martha Anderson.  He was retired from New Johnsonville Marine Service.

Graveside service will be on Wednesday, April 3, 2019 at 2 pm at the Eastview Cemetery

To order memorial trees or send flowers to the family in memory of Norman Anderson, please visit our flower store.