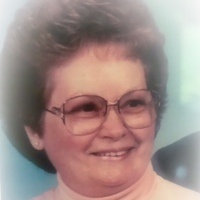 Norma Jean Kelly Primm, passed into eternity June 7, 2021 at NHC Healthcare in Dickson, TN. She was 87 years old. She was a retired beautician, a homemaker, and member of Cowell’s Chapel United Methodist Church.

Graveside service will be held on June 17, 2021 at 11 a.m., at Benton Memory Gardens with her grandson Pastor Andrew Post officiating. Pallbearers will be grandsons, Scotty Watson, Andrew Post, Adam Post and Ryan Hall.

Born to the late Obie Kelly and Edna Gibson Kelly on August 21, 1933, she was the youngest of 5 siblings all preceding her in death: Bruce, Troy Wallace, Jessie Wayne and Opal Kelly Hatley.

She married her late husband, Paul Primm, on Christmas Day in 1951, they were married for 52 years. Also preceding her in death were a grandson Joshua Eaves and a son-in-law Allen Eaves.

To order memorial trees or send flowers to the family in memory of Norma Jean Primm, please visit our flower store.