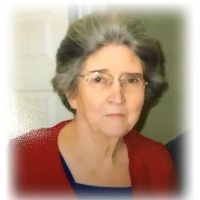 Mrs. Norma Jean Phifer Gray, age 76 of Big Sandy, TN. passed on Thursday, August 22, 2019 at The Arbors of Willow Springs in Sring Hill, TN. Mrs. Gray was born on November 20, 1942 in Benton County to the late William Phifer and Georgia Webb Phifer. She was also preceded in death by her husband, Charles Gray and a brother William “Bill” Phifer. She was retired from Tecumseh Products.

Funeral services will be held on Saturday, August 24, 2019 at 10:00 am at the Oakdale Funeral Home Chapel, with Bro. Eddie Martin officiating. Burial will follow in the Ramble Creek Cemetery.

To order memorial trees or send flowers to the family in memory of Norma Jean Gray, please visit our flower store.