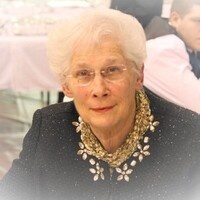 Mrs. Blackburn died Wednesday, August 24, 2022, at St. Thomas Hospital in Nashville, surrounded by her family. A prominent member of her community and known to most as simply “Gran”, she had the unique ability to capture the love and respect of anyone that graced her presence.

She was born May 6, 1937, in Murfreesboro, Tennessee, daughter of Charles Raymond and Virginia Overall Blansett. Mrs. Blackburn was a servant-leader, holding numerous leadership roles in organizations she was most passionate about including St. Andrew's Episcopal Church in New Johnsonville, the Democratic Women, and the Tennessee Conservation League. Although a graduate of St. Thomas School of Nursing, she spent most of her career managing the family business, Blackburn Clinic, and later became a familiar face as an avid volunteer at Camden Elementary School Library and the Benton Co. Election Commission.

She was a woman of deep Episcopal faith lived out in her thoughts, actions, and words. Nita had the unique ability to dominate a room with brutal honesty and southern charm. She was a force to be reckoned with and a pillar of strength for all who knew her. She was likely best known for her ability to bippidy bobbidy boo any event into an elegant affair, be it a bridal shower or a football banquet. And while she had many accomplishments while on earth, nothing compared to the pride she took in being a wife, mother, grandmother, and great-grandmother. She was a Gran to all and her kitchen was always open.

Gran will be remembered near and far by special friends and stories of her legendary influence will be told for generations to come.

To order memorial trees or send flowers to the family in memory of Juanita (Nita) B. Blackburn, please visit our flower store.