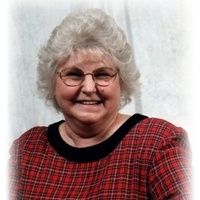 Mrs. Nell Jean Love, age 81 of Holladay, TN. passed away on Wednesday, January 23, 2019 at her residence. Mrs. Love was born on May 12, 1937 in Holladay, TN to the late Tom Watson and Verdell Woods Watson. She was also preceded in death by a daughter, Gail Leonard; brother, Carnell Smith and sister, Joyce Peebles.  She was a homemaker.

Funeral Services will be held on Sunday, January 27, 2019 at 2 pm at the Oakdale Funeral Home Chapel.

To order memorial trees or send flowers to the family in memory of Nell Jean Love, please visit our flower store.