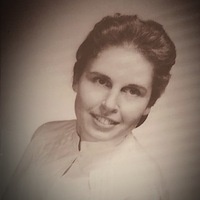 On Friday, January 22, 2021, Nelda J. Oxford, loving mother of one son and grandmother of two grandchildren passed away at age 88.

Nelda was preceded in death by her father and mother Verdell and Linnie Pierce of Camden, Her husband Bradley E. Oxford of Camden. She is survived by one son William P. Oxford (Pamela) and two grandchildren Bradley Thomas and Lilia Maria all from San Antonio TX, a sister Virginia Beasley of Camden and 3 Nephews 2 nieces and several Great Nieces and Nephews from both Camden and Holladay, TN.

A graveside funeral service will be held on Tuesday January 26th at 10:00 AM at Cowells Chapel cemetery in Camden.  Brother Marty Johnson officiating.  Nelda was member of the First Pentecostal Church in Camden.

The family asked that Flowers be sent to her home at 1295 Hwy 69 South Camden, TN or to her sisters at 2175 Hwy 641 South in Camden. Oakdale Funeral Home in charge of arrangements.

To order memorial trees or send flowers to the family in memory of Nelda J. Oxford, please visit our flower store.