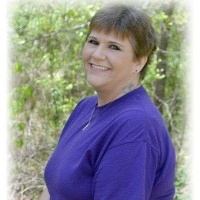 Melissa Kay Courtright, age 49 of Parsons, TN passed away Friday, August 2, 2019 at Westwood Health Care. Ms. Courtright was born February 18, 1970 in Jackson, TN. She worked as a cook in restaurants.

A Memorial Service will be held on Saturday, August 10, 2019 at 12:00 Noon at Oakdale Funeral Home-Decatur County.

To order memorial trees or send flowers to the family in memory of Melissa Kay Courtright, please visit our flower store.