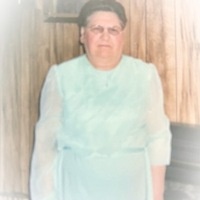 Mavis Inez Harville, 82, of Big Sandy, TN passed away on Monday, March 21, 2022 at Henry County Medical Center.  Mrs. Harville was born on November 15, 1939 in Tupelo, MS to the late Alex Warren and Maggie Wilson Warren.  She was also preceded in death by her husband Jeff William Harville, a son Samuel Harville and a sister Barbara Riggs. Mrs. Harville was a Homemaker and a Primitive Baptist.

Funeral services will be at 1:00 pm at Oakdale Funeral Home Chapel with Bro. Ed Long officiating.

Burial will be in the Blooming Grove Cemetery Dresden, TN.

To order memorial trees or send flowers to the family in memory of Mavis Inez Harville, please visit our flower store.