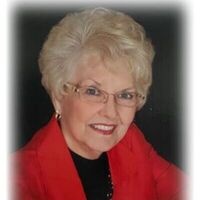 Mrs. Mary Lujuana Davis Segraves, age 82 of Bruceton, TN passed away on Tuesday, April 7, 2020 at Baptist Hospital in Huntingdon, TN. Mrs. Segraves was born on March 26, 1938 in Camden, TN to the late Wyly Monroe “Taylor” Davis and Lillie Bell Bruce Davis. She was also preceded in death by her husband Everett “Billy” “Pop” Segraves; daughter Kimberly Brock and granddaughter Alice Jean Melton.  She was a retired Customer Relations Manager with DuPont for 40 years and a 50 plus year member of the Order of the Eastern Star. She was also a past Grand Officer of Grand Chapter of Tennessee, past Worthy Matron of Adah #314, member of the Garden Club, Women’s Club, Bridge Club, Gavel Club of West TN and member of the First Baptist Church in Bruceton, TN.

Private graveside services will be held with the family at Chalk Hill Cemetery.

In lieu of flowers the family request donations to be made to the Eastern Star Youth Scholarship Fund, St. Jude Children’s Hospital or the Disabled American Veteran Organization.

To order memorial trees or send flowers to the family in memory of Mary Lujuana Segraves, please visit our flower store.