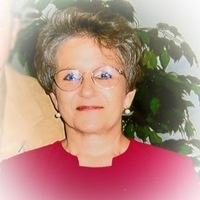 Funeral Services will be on Saturday, February 19, 2022 at 12 pm at the Oakdale Funeral Home Chapel with Bro. Nathan Horton and Bro. Noah Hampton officiating. Burial to follow in the Eastview Cemetery.

In lieu of flowers please make donations to the American Alzheimer’s Association.

To order memorial trees or send flowers to the family in memory of Mary Helms, please visit our flower store.