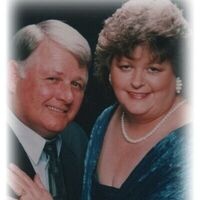 Mary Elizabeth Hagy, born August 5, 1949 passed away on July 1, 2020 at Huntingdon, TN Healthcare and Rehabilitation Center. She was the daughter of the late Roland and Juanita Miles.  She was also preceded in death by one son, Steven Thompson, and one brother, Michael Miles.  Also preceded by three brother-in-laws, Roy Hagy, Charlie Hagy and Thurman Moore, and one sister-in-law, Rita Hagy Fox. .

Mary grew up in Galveston, Texas.  Gene and Mary made their home in Holladay, TN and Mansfield TN.  They were team truck drivers for several years.

Graveside Services will be held on Saturday, July 25, 2020 at 1:00 pm at the Manley Chapel Cemetery, Sugar Tree, TN with the Reverend Jeff McKee officiating.  Oakdale Funeral Home in Parsons, TN is serving the Hagy Family.

To order memorial trees or send flowers to the family in memory of Mary Elizabeth Hagy, please visit our flower store.