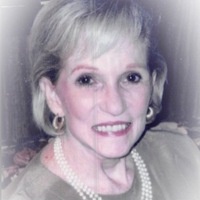 Mary Baldwin Dougherty, of Camden, Tennessee, died December 21, 2021, at the age of 90. She was born on December 28, 1930 in Sevierville, Tennessee to Dan and Grace Baldwin. Mary Jo graduated from the High School Department of Virginia Intermont College, Bristol, Virginia and the University of Tennessee, Knoxville in 1952. She was a member of the Mortar Board Honor Society; Phi Kappa Phi National Honor Society; Omicron Nu, Home Economics Honor Society; and Kappa Delta Sorority, where she served as President.

Mrs. Dougherty was a member of the Camden Garden Club and the Tennessee Federation of Garden Clubs and served as an officer in both. She was an accredited flower show judge and judged shows throughout the southeast for many years.

Graveside services will be held on Saturday, January 22, 2022 at 2 pm at Camden City Cemetery.

To order memorial trees or send flowers to the family in memory of Mary Jo Dougherty, please visit our flower store.