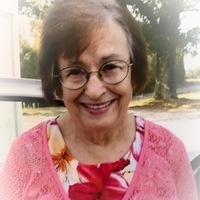 Mary Elizabeth Cagle, age 84 of Parsons, TN passed away Wednesday, February 16, 2022 at Henderson County Hospital. Ms. Cagle was born was born October 25, 1937 in Yuma, TN  to the late Silas Bawcum and Lena Britt Bawcum. She was also, preceded  by her husband Thomas Hubert Cagle, one son, Jerry Cagle, one sister, Margaret Barnickle, one grandson, Jeffery Cagle. She worked at Salant & Salant and Facso Garment Factories for several years and was a member of Salem Baptist Church.

Funeral service will be held Saturday, February 19, 2022 11:00 AM in the chapel of Oakdale Funeral Home with Bro. James Chumney officiating.  Interment will follow at Jeanette Cemetery in Parsons, TN.

To order memorial trees or send flowers to the family in memory of Mary Elizabeth Cagle, please visit our flower store.