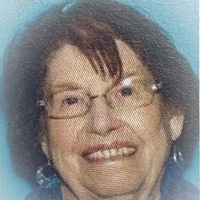 Mary Burson, 90, of Camden, passed away peacefully at home while Worshiping the lord on Thursday, August 11.  Funeral services will be held Tuesday, August 23, at 11:00 a.m., in the chapel of Oakdale Funeral Home of Camden with Jerry Colter officiating.  Burial followed at Eva Flatwoods Cemetery.

Mrs. Burson was born November 25, 1931, in Arkansas City Kansas, to the late Vera Bonita and James Walner.  When my mother was a small child her parents relocated to Los Angeles, California where she grew up.  Mary attended L.I.F.E. Bible College in Los Angeles, CA where she met and later married my late father Neil Heiman. Mary obtained her bachelor’s degree and became an Ordained Minister in 1955.

1955 may be the year she technically became an “Ordained Minister” however, she was Ordained since birth and she spent her whole life Ministering to others and Worshiping the Lord. Mom imparted the gift of worship to all her children. Mary Kathryn truly was the Proverbs 31 woman.

In Exodus 34 there is an account where Moses spoke with God face to face as a man speaks with his friend, and this made his countenance radiate, glow and shine!

One of my first memories is at the age of 3 sitting on the kitchen floor and watching my mom lift her voice and hands in praise and worship to the Lord.  As I watched her I remember Mom had a light about her that literally shone so much so that I asked her if she was an Angel. She just laughed with joy. This process continued my entire life.  I watch mom worship with joy, I watched her go before the throne room of God and worship her way thru anger, fear and pain.  My mom lived out a life of worship.  There is a song that Darlene Zschech recorded called “None but Jesus” This song exemplifies my mother’s life. Here are the lyric.  In the quite in the stillness I know that you are God.  In the quite of your presence I know I am restored.  In the chaos, in confusion you are sovereign still. In the moment of my weakness you give me grace to do your will. When you call I won’t delay.  This is my song through all my days.  There is no one else for me, none but Jesus.  Crucified to set me free.  Now I live to bring Him praise!  Mary Kathryn Burson passed away peacefully while Worshiping the Lord!  Mom told me once that life or getting older was a series of gracious relinquishments.  One thing that she never relinquished was her Worship and Praise to our Lord and savior.  Jesus Christ! P.S. She never did answer that question that I asked her throughout my entire life. Mom are you an Angel?  I believe the answer was yes.

In addition to her parents, she was preceded in death by her late husband Neil George Heiman and her brother Freddie Walner. She is survived by her loving, faithful and best friend and husband John R. Burson of Camden, her sister Judy Haney of Madera CA, two daughters, Karen Chandler of Knoxville, TN, Bonie’ Lee Curtin of Camden, TN, her son Neil George Heiman of Brea, CA, daughter by marriage Cheryl Galindo of Palmdale, CA, and two sons by marriage Will Yates of Hawaiian Gardens, CA, and Steven Yates of Lakewood, CA lots of beloved grandchildren, great-grandchildren, and a host of nieces, nephews, and friends that adored her!

To order memorial trees or send flowers to the family in memory of Mary Kathryn Burson, please visit our flower store.