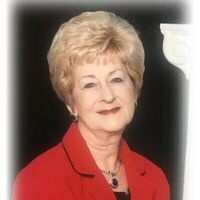 Funeral Services will be held on Saturday, January 9, 2021 at 2 pm at First Baptist Church in Camden with Dr. Chester Harrison officiating. Burial will follow in the Crossroads Cemetery.

In Lieu of flowers the family request donations to be made to First Baptist Church in honor of Mrs. Martha Sue Holland.

If you are unable to attend the service, it will be on Facebook Live at FBC Camden Tennessee.

To order memorial trees or send flowers to the family in memory of Martha Sue Holland, please visit our flower store.