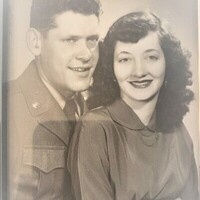 Martha Joan Frensley, beloved wife, mother and friend, age 90, of Bruceton, TN passed away on Tuesday, September 20, 2022 at Life Care Center of Bruceton. Mrs. Frensley was born on March 12, 1932 in Bruceton, TN to the late Buford Butler and Sydney Wilson Butler. She was also preceded by her husband of 55+ Wonderful Years, John Wallace Frensley.

To order memorial trees or send flowers to the family in memory of Martha Joan Frensley, please visit our flower store.