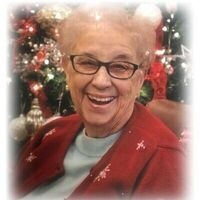 Ms. Martha Ann Cooper, age 78 of Huntingdon, TN. passed away on Thursday, August 6, 2020 at Baptist Hospital in Huntingdon, TN. Ms. Cooper was born on September 17, 1941 in Camden, TN to the late Edward Lowry Jr. and Jewell Wheatley Lowry. She was also preceded in death by her husband James Cooper. Ms. Cooper was a retired insurance agent with State Farm Insurance. She worked as a Librarian and had a Masters degree in Education. She was also a member of Forrest Heights United Methodist Church.

Graveside services will be held on Saturday, August 8, 2020 at 2 pm at Benton Memory Gardens with Bro. Drew Brewer officiating.

To order memorial trees or send flowers to the family in memory of Martha Ann Cooper, please visit our flower store.