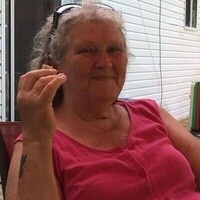 Ms. Marta Elizabeth Overbey, age  65  of Decaturville, TN passed away Sunday, March 6, 2022 at her residence. She was born March 11, 1956 to the late Martin Spencer and Sarah Marie Gilbert Spencer. She was also preceded in death by her husband, Johnny Overbey, one sister Terry Lee Gay and one great grandchild, Avery Rooke. She was a Homemaker.

Oakdale Funeral Home is in charge of arrangements.

To order memorial trees or send flowers to the family in memory of Marta Elizabeth Overbey, please visit our flower store.