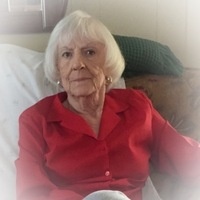 Margaret Elizabeth Griffin, 89, of Camden, TN passed away on Thursday, August 11, 2022 at Life Care Center in Bruceton, TN. Mrs. Griffin was born on November 13, 1932 in Buchanan, TN to the late Mill Ealey and Vera Stevens Ealey. She was also preceded by sons Michael Griffin, Timothy Griffin and a brother Johnny Ealey. Mrs. Griffin was a retired social worker with Carey Counseling Center and Camden General Hospital. She was a graduate of UT Martin.

To order memorial trees or send flowers to the family in memory of Margaret Elizabeth Griffin, please visit our flower store.