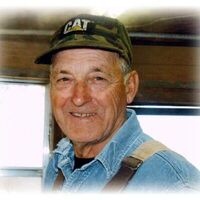 Mr. Thomas Madison Furr, age 83 of Holladay, TN passed away on Wednesday, December 23, 2020 at TriStar StoneCrest Medical Center. Mr. Furr was born on April 24, 1937 in Benton County to the late Loye Furr and Gertrude Holland Furr. He was also preceded in death by a brother Nyman Furr and daughter Robin Furr. Mr. Furr was retired from E.I. Dupont and a 60 year member of Shiloh United Methodist Church. He was also a U.S. Army Veteran.

In lieu of flowers, the family request donations to be made to Shiloh United Methodist Church in honor of Madison Furr.

The Furr family request mask to worn at the graveside service.

To order memorial trees or send flowers to the family in memory of Madison Furr, please visit our flower store.