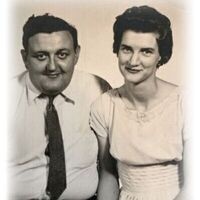 Louvon Box Hosford, age 84 of Parsons, TN passed away Thursday, May 14, 2020 at her residence.   Mrs. Hosford was born April 6, 1936 to the late Loy McKinley Box and Eula Elizabeth Davis Box in Decatur County, TN. She was preceded in death by her husband Parvin Hosford, two sons, Ronnie Ray Stepp, Clinton Bart Hosford. She was a garment factory employee for many years and a member of Calvery Baptist Church.

To order memorial trees or send flowers to the family in memory of Louvon Hosford, please visit our flower store.