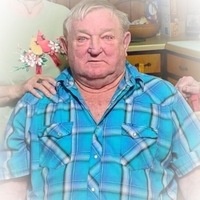 L. E. Gibson, 82, of Camden, TN passed away on Tuesday, June 14, 2022 at his residence. Mr. Gibson was born on September 4, 1939 to the late Clayton Gibson and Lucille Duncan Gibson. He was also preceded in death by his wife Virginia “Minky” Gibson. He was a retired pipefitter with TVA.

Graveside services will be held on Wednesday, June 15, 2022 at 10 AM at Camden City Cemetery.

To order memorial trees or send flowers to the family in memory of L.E. Gibson, please visit our flower store.