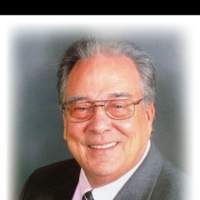 He was the only son of four children, sisters, Charlotte, Linda and Betty. Mr. Cooper was a graduate of Memphis Catholic High School.

He entered the IBEW apprenticeship program in 1963. He was involved in the electrical construction industry for 50 + years, 29 years as an owner of Arc Electrical Company. Mr. Cooper served on the board of the IEC (Independent Electrical Contractors Association).

He was preceded in death by his mother and father.

Mr. Cooper belonged to several political affiliates. He loved the outdoors, loved fishing. He was active in his community.

Oakdale-Decatur County is in charge of arrangements.

To order memorial trees or send flowers to the family in memory of Lawrence Cooper, please visit our flower store.