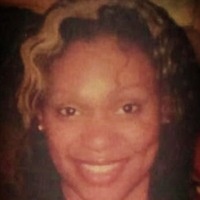 Lawanda Michelle Tharpe, 48, of Camden, TN passed away on Monday, May 2, 2022 at Skyline Medical Center in Nashville, TN. Ms. Tharpe was born on September 8, 1973 in Camden, TN to Eldon R.Tharpe and the late Opal Mae Coleman Tharpe. She was also preceded in death by a son Caleb Miller. Ms. Tharpe was a beautician.

A host of cousins, nieces, nephews and dear friends.

To order memorial trees or send flowers to the family in memory of Lawanda Michelle Tharpe, please visit our flower store.