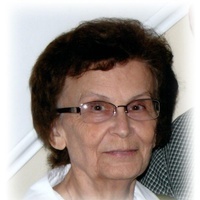 Mrs. Laverne Hendrix, age 82 of Camden, TN passed away on Tuesday, January 22, 2019 at Life Care Center in Bruceton, TN. Mrs. Hendrix was born on December 9, 1936 in Decatur County, TN. to the late Loy Dodd and Marie Haynes Dodd.  She was also preceded in death by two sisters, Lavon Ellis and Lenora Renfroe. Mrs. Hendrix was a homemaker and member of Prospect Missionary Baptist Church in Decatur County.

Funeral Services will be held on Saturday, January 26, 2019 at 2 pm at the Oakdale Funeral Home Chapel with Bro. Allen Maness officiating. Burial will follow In the Benton Memory Gardens.

To order memorial trees or send flowers to the family in memory of Laverne Hendrix, please visit our flower store.