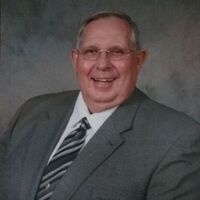 Mr. Larry Milton Yarbro, age 78, of Camden, TN passed away on Thursday, October 29, 2020 at St. Thomas Hospital Rutherford County in Murfreesboro, TN.  Larry was born on May 5, 1942, in Decaturville, TN, to the late James W. Yarbro and Lorraine Barry Yarbro; he was also preceded in death by a son: Jeff Yarbro.  He was a lifelong member of Camden First United Methodist Church.  Larry attended University of Tennessee-Martin on a baseball scholarship.  He held membership in Camden Masonic Lodge #179, was a 32nd degree Mason and member of the Scottish Rite, and also a member of Paris Martha Chapter #155 Order of the Eastern Star where he served as past Worthy Patron.  Larry retired as a Maintenance Supervisor with Dupont New Johnsonville.  He was a former Benton County School Board Member, and served 20 plus years as the Benton County Representative for the Selective Service Board.  He currently served on the Board of Directors of Lakeside Credit Union and was past longtime chairman.  Larry was also a founding member of the infamous Grasshoppers.

Graveside Services will be held on Sunday, November 1, 2020 at 2:00 PM, at Benton Memorial Garden in Camden, TN with Rev. Justin Ramer officiating.

In lieu of flowers, memorials may be made to First United Methodist Church in Camden, TN or a charity of your choice.

To order memorial trees or send flowers to the family in memory of Larry Milton Yarbro, please visit our flower store.